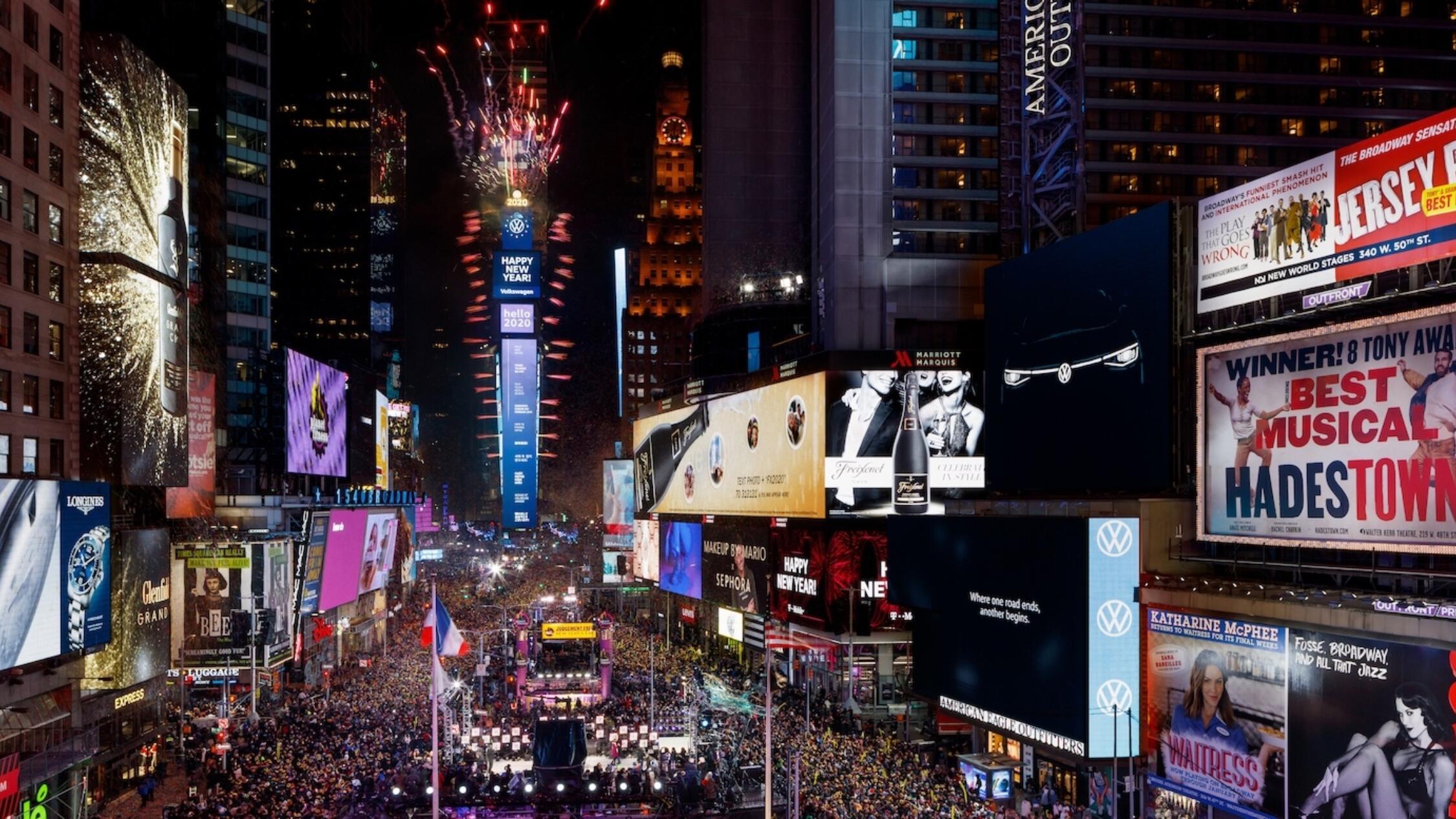 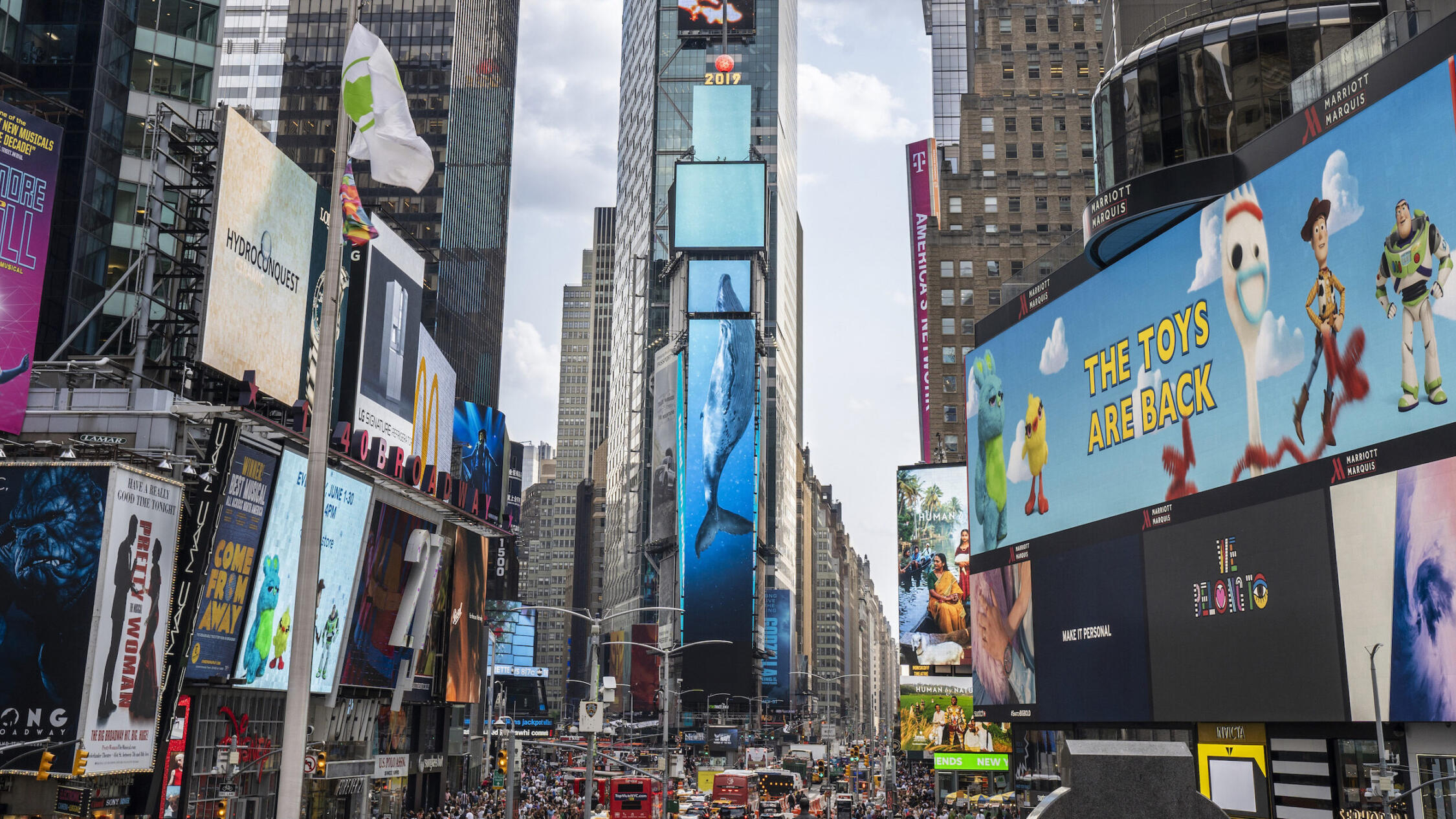 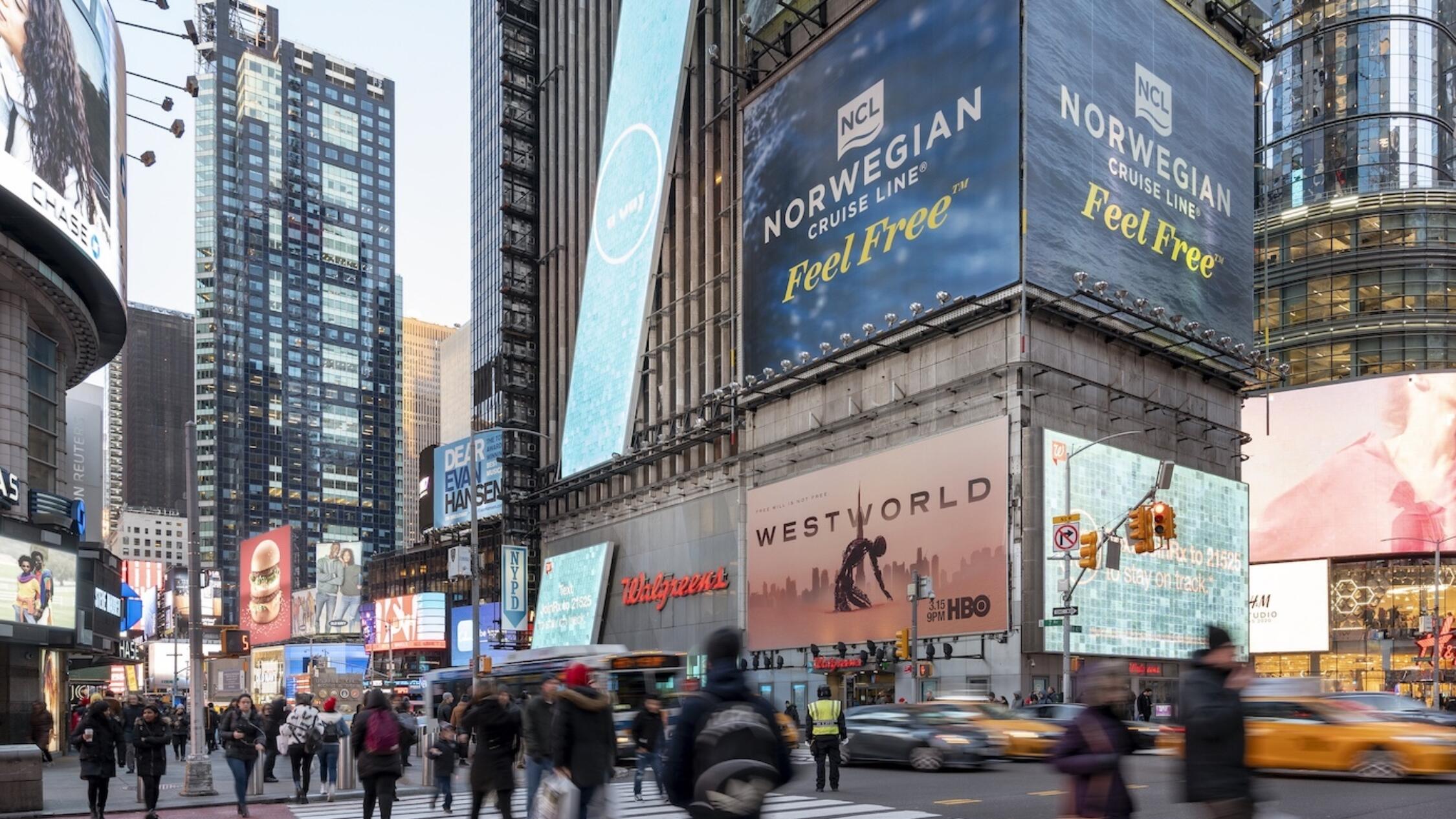 One Times Square is a 26-story building located in the heart of Times Square in New York City and was built as the headquarters of The New York Times in 1904. Home to the New Year's Eve ball drop, the globally-recognized building has been central to New Year's Eve traditions celebrated around the world since 1907. By virtue of its location and wide exposure, advertising space at One Times Square is highly coveted and among the most valuable signage in the world. As such, nearly the entire building is wrapped with LED screens that are leased to advertisers.