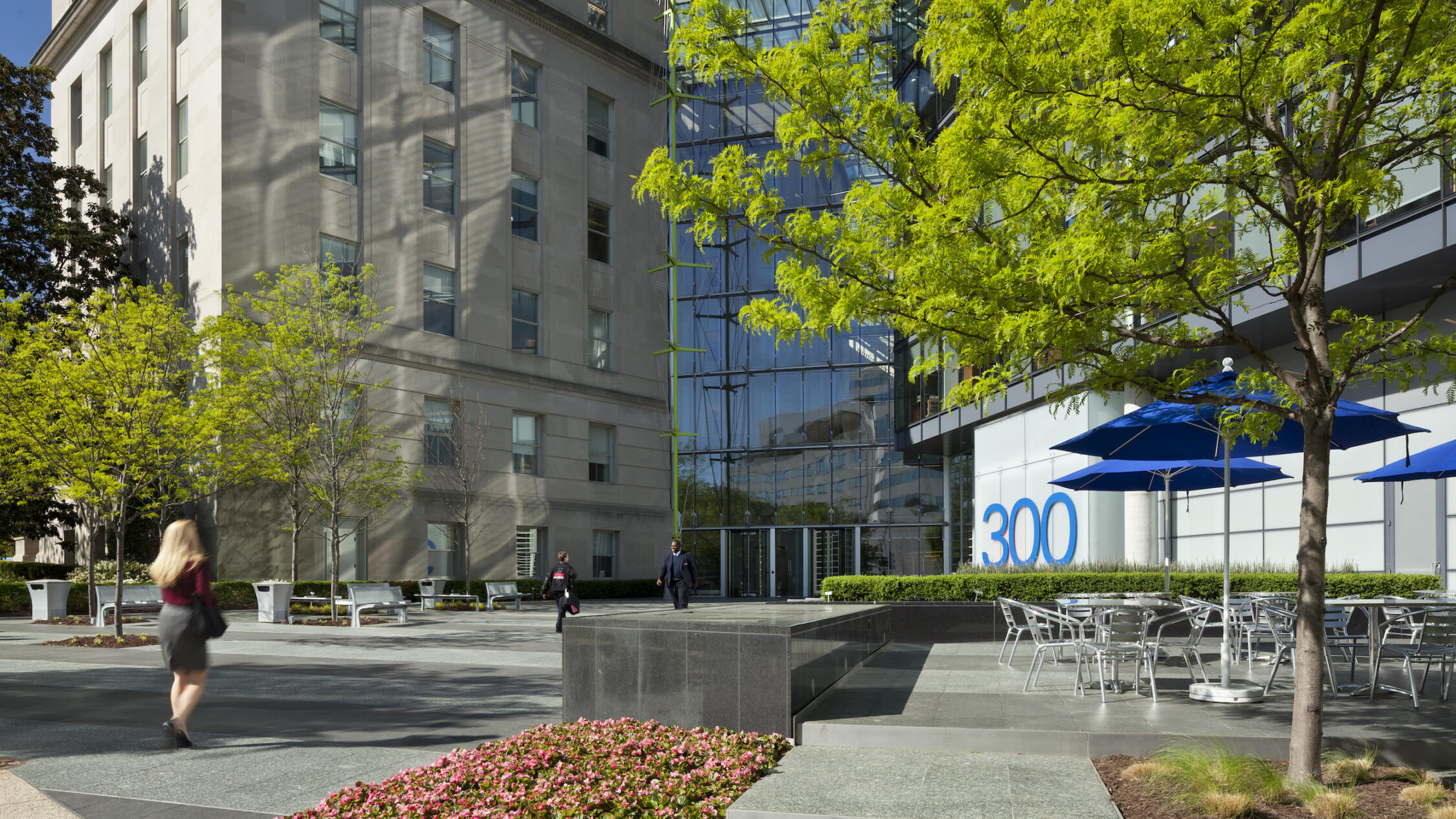 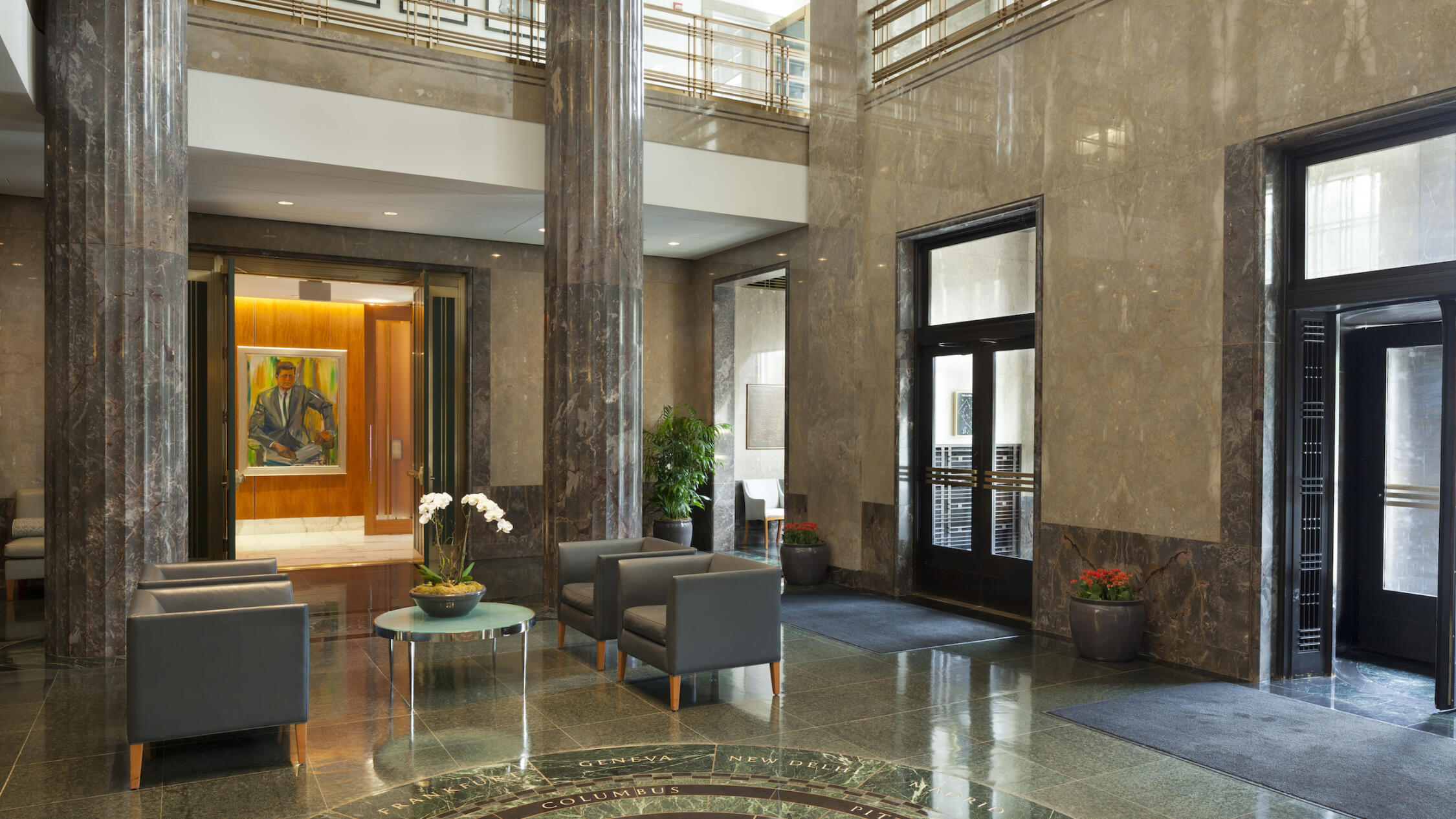 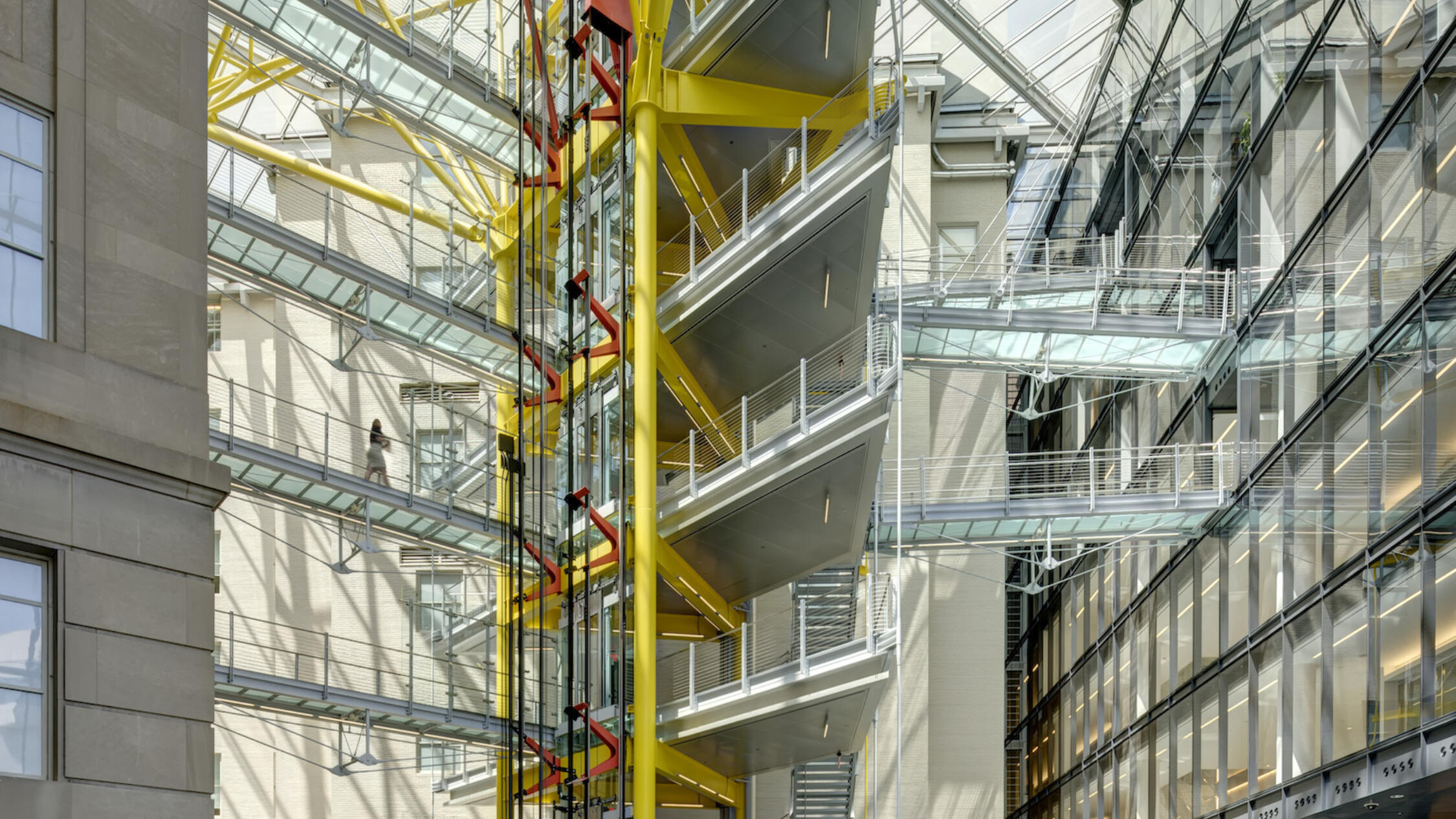 America’s Square is a prime office building located one block from the U.S. Capitol, boasting unobstructed views of the Capitol dome and other Washington landmarks. The LEED Gold property is centrally located among the most accessible commuter transportation hubs, as well as some of the area’s best hotels, shopping, and dining. 51 Louisiana Avenue is a historic building originally constructed in 1935, featuring a beautiful and classic limestone façade, a dramatic two-story marble lobby with Greek columns, and finished ceiling heights of nearly 12’. 300 New Jersey Avenue, built in 2009, is a bold and innovative glass-and-steel building designed by internationally acclaimed architect Lord Richard Rogers and is connected to 51 Louisiana Avenue via a dramatic glass atrium.

Sustainability: LEED Gold Core and Shell certification through the U.S. Green Building Council as during its construction in 2010. The building also earned a 2018 ENERGY STAR rating with a score of 76, which means it is more efficient than 76% of similar buildings.