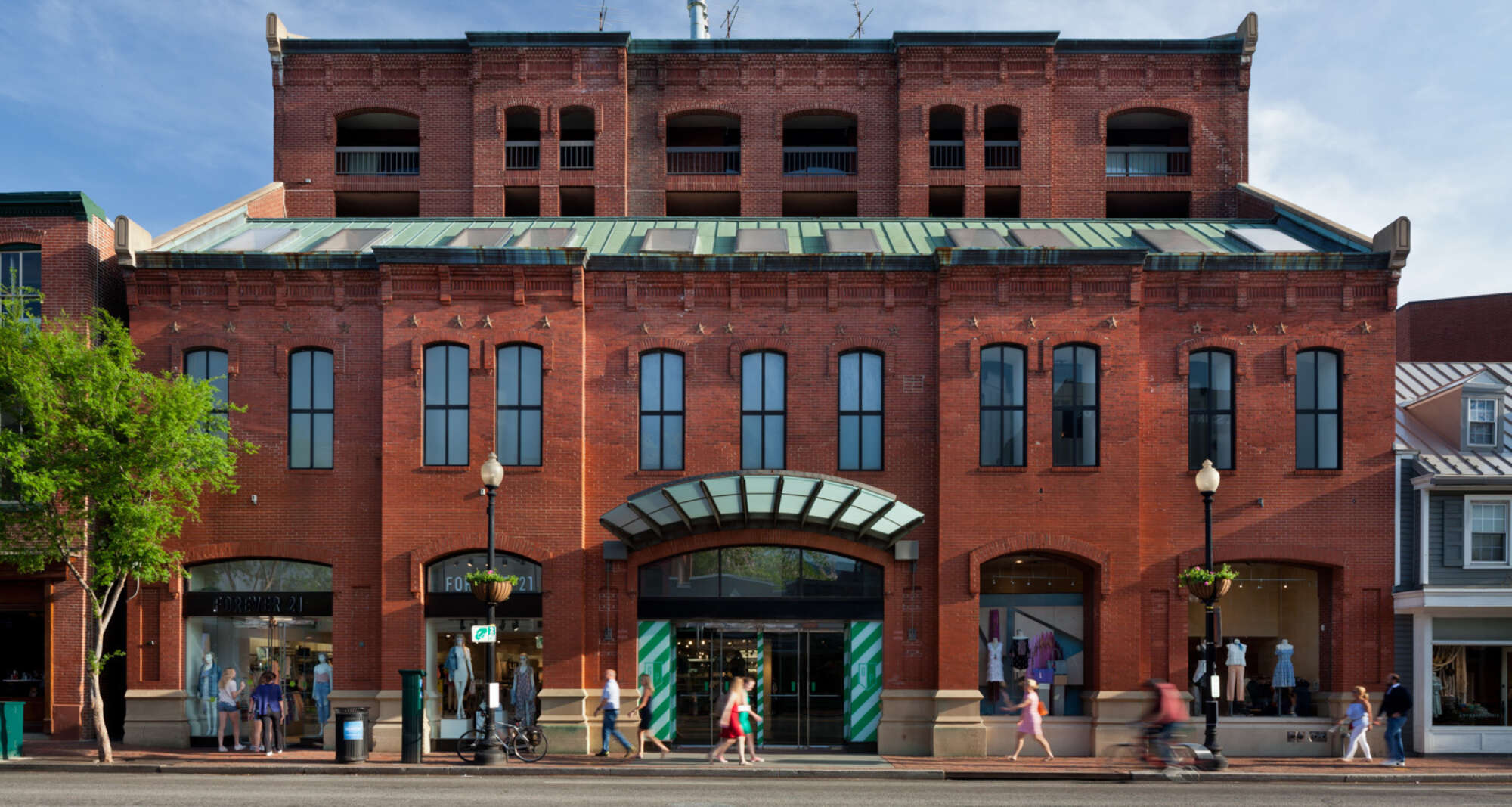 Projected to open in late 2023, the market and restaurant will offer guests the opportunity to shop and savor regional Italian cuisine, wines, and specialty items. The market will have frontage on M Street and feature fresh fruits & vegetables, olive oils, house-made rubs, and jarred/canned Italian products. The restaurant will showcase a variety of mozzarella, pizzas, fresh pasta, and wood-fired meat, fish, and vegetables. The wine program will be anchored by the leading producers in the major wine-producing regions of Italy. The space, a historic market dating back to 1865, will be thoughtfully designed by Roman and Williams, a New York-based design studio known for its work on restaurants and retail spaces.

“With the combined talents of Starr and Silverton at the helm, this market and restaurant will be a citywide dining destination and anchor for the surrounding neighborhood,” said Michael Phillips, President of Jamestown, the owner of Georgetown Park.

“Finding the perfect location is my primary motivation. It has always been my superpower,” said Stephen Starr, founder and CEO of Starr Restaurants. “Location drives the concept, cuisine, design, service, and all things that factor into opening a successful restaurant. When I saw the space in Georgetown, I knew it would be a project that I would get excited about. Finding the right partner for this was easy –– I’ve always wanted to collaborate with Nancy Silverton and her amazing menu at Osteria Mozza was a perfect fit. I am confident that what we create together will knock the socks off of D.C.”

“I want people of D.C. to have a place to celebrate life with the great Italian flavors of Mozza,” said Nancy Silverton, Chef and Co-Owner of Osteria Mozza. “For me, I know it's going to be a terrific experience finally getting to work with Stephen Starr, one of the best restaurateurs in America. Throw in the renowned Roman and Williams design team and the vibrancy of this city, and we're talking about a dream team.”

In addition to his role in Osteria Mozza at Georgetown Park, Stephen Starr owns Le Diplomate and St. Anselm in D.C., along with several restaurants in Philadelphia, New York, Miami, and Fort Lauderdale.

The original Osteria Mozza opened in Los Angeles in 2007 to critical acclaim. The restaurant received a Michelin star in 2008 and maintained its rating in 2019 and 2021. Nancy Silverton was also one of seven chefs in California to receive a Green Michelin star in 2020 for the restaurant’s efforts in sustainability. Osteria Mozza has since opened a second location in Singapore. The Georgetown Park location will be its first on the East Coast of the United States, and the first location to include an Italian market.

Georgetown Park is owned by real estate investment and management firm Jamestown, which is known for its food- and retail-anchored mixed-use hubs, including Industry City in Brooklyn, Ponce City Market in Atlanta, and Ghirardelli Square in San Francisco. After purchasing Georgetown Park in 2014, Jamestown transformed the grounds from an inward-facing enclosed mall into a collection of premier retailers with dedicated frontage on both M Street and Wisconsin Avenue. The property is located minutes from downtown Washington, D.C., and is easily accessible from Northern Virginia, Maryland, and the greater D.C. Metro Area.

Jamestown is a global, design-focused real estate investment and management firm with a 39-year track record and mission to create places that inspire. Since its founding in 1983, Jamestown has executed transactions totaling approximately $40 billion. As of September 30, 2022, Jamestown has assets under management of $13.2 billion and a portfolio spanning key markets throughout the U.S., Latin America, and Europe. Jamestown employs more than 400 people worldwide with headquarters in Atlanta and Cologne, and offices in Amsterdam, Bogotá, Boston, London, Los Angeles, Madrid, Milan, New York, San Francisco, and Washington, D.C. Current and previous projects include One Times Square and Chelsea Market in New York, Industry City in Brooklyn, Ponce City Market in Atlanta, Ghirardelli Square in San Francisco, the Innovation and Design Buildings in Boston and Lisbon, and Groot Handelsgebouw in Rotterdam. For more information, visit www.jamestownlp.com.

Founded in 1995 by Stephen Starr, Philadelphia‐based Starr Restaurants is one of the largest multi‐concept restaurant groups in the country. STARR continues to lead the pack in merging culinary artistry with cutting edge design; so much so that in 2017 Stephen Starr was awarded with the “Outstanding Restaurateur” award by the James Beard Foundation.